A book on the emerging logic of algorithm-driven digital capitalism. From the book of Books June 26, 2011

The book presented below is a visual interview conducted with Amazon.Com’s semi-artificial intelligence system for product recommendation.

The way the system works is that it receives an image from the customers and sends them a recommended product based on that image. It is powered by algorithms and when the algorithms fail it outsources this task to humans, who are mainly low-paid workers from India and China.

On the left are the pictures that were sent, on the right are the products that were received. Over time certain logic emerges, which has a lot to say about the modern capitalism, absence of censorship, and the constant drive towards improvement and growth.

Implemented on the level of algorithms, which do not only govern machines, but also humans. 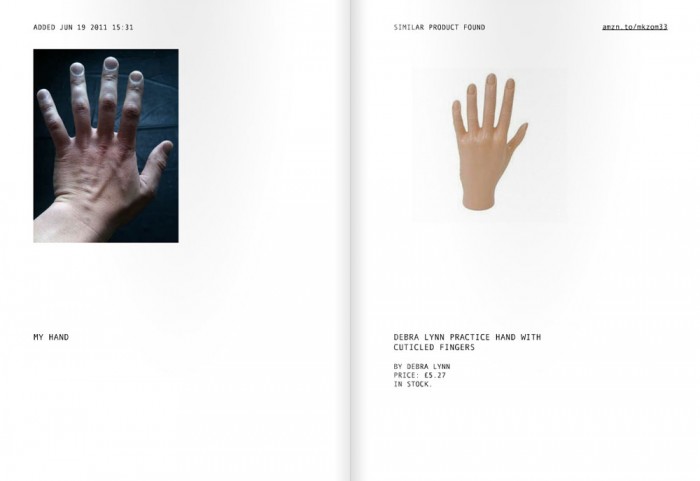 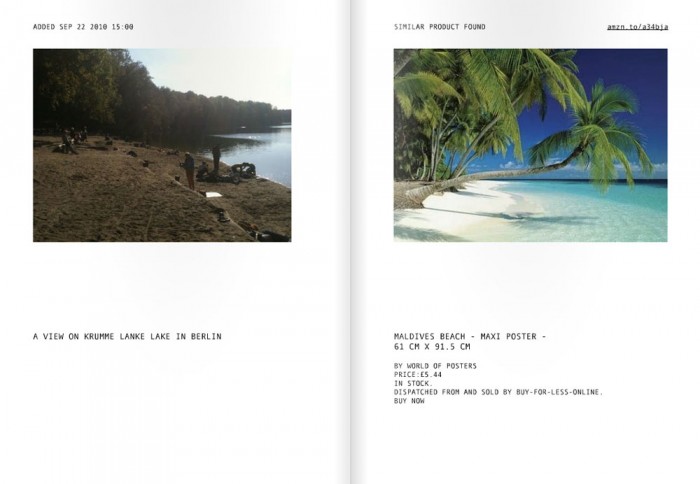 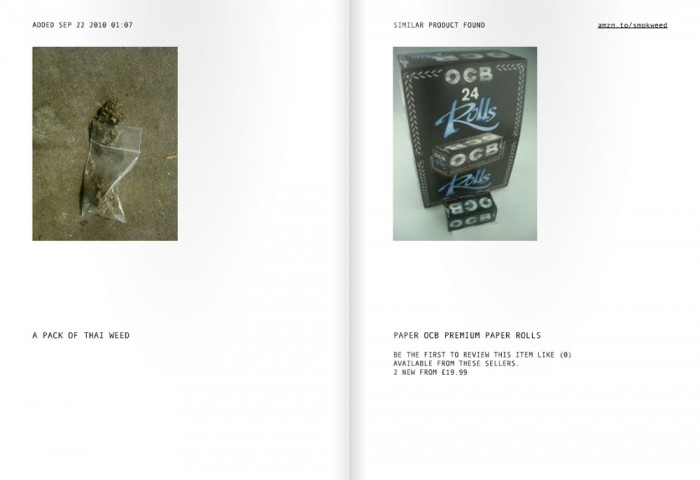 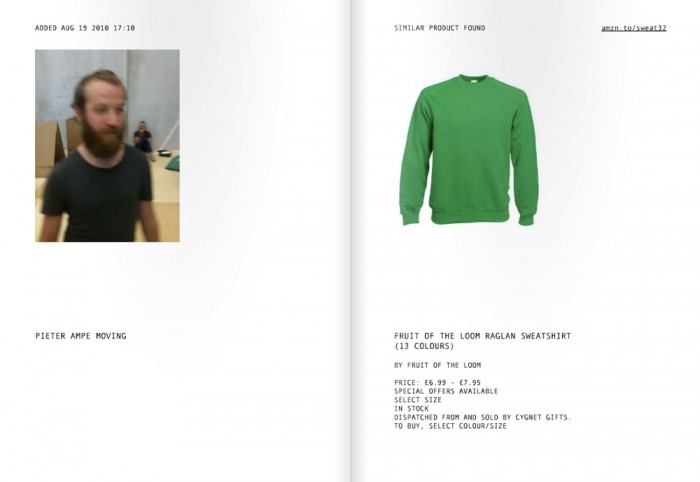 Get a Copy of the Book Now

Excerpts from the book:

Recommender systems, the basic building block of any website today, determine the news we see, the posts we read, the products we buy, the music we listen to. Most of the time the algorithm behind those systems evaluates what it already knows about us in order to recommend something we might be interested in.

In order to study this new emerging form of consciousness we decided to have an interaction with it in the form of an interview. The striking result is that there is a certain very specific narrative and even an ideological stance that this artificial intelligence takes: a person wearing a dirty shoe needs a new clean cheap shoe; somebody smoking rolling tobacco needs rolling papers; a picture of a body part calls for a set of barbells to make it look better and stronger…

After this initial encounter with the newly emerging machine logic of constant self-improvement, we started experimenting with strategies that could circumvent it and, ironically, CAPTCHA-like obfuscated messages and art are the only domains where it (still) fails…

Get a Copy of the Book Now

This interview has been presented as a video installation at Beursschouwburg art center in Brussels in October-November 2013. It is also available as a video.