How to read an intention instead of reading a text? When I read, my imagination meets the necessity of the written word to unfold in a linear way. What if I want to encounter the imagination of the one who wrote the text? It is rarely that we have the complete narrative line as we write. Rather, a text is born from numerous re-adjustments that nevertheless retain certain centers of gravity, which express our thought. How to access these attractor states and not the straight lines that the text is reduced to? Our colleagues from Nodus Labs developed an algorithm of visualizing a text as a network. The words are the nodes and their co-occurrences are the relations between them. We are presented with the phase space of the text, the multiplicity of traces that words could leave in our imagination. We can then start reading between the lines, following the emotive intertwined threads of occurrences instead of straight lines. The text opens up in front of us in its polysingularity and becomes poetry. 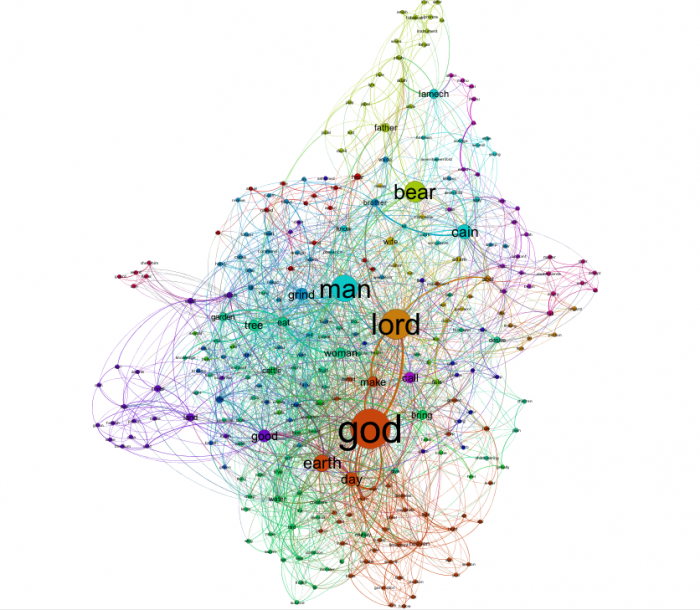