The Pessimism, Despair and Hypocrisy of Berlin's Street Art 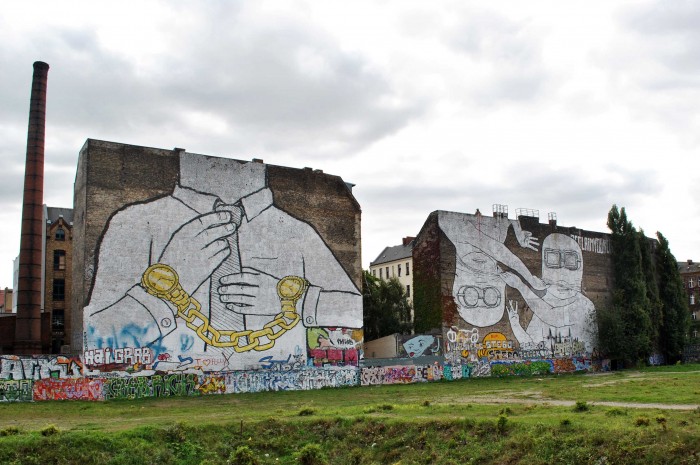 As I am writing these words this beautiful artwork that has over the years become the landmark of Berlin is being painted black. All over. 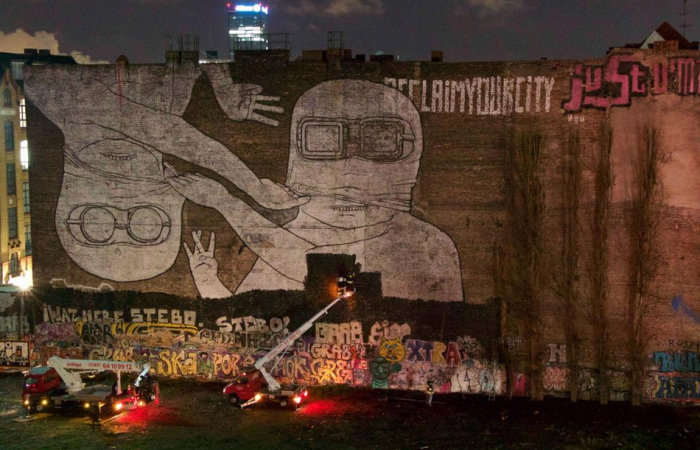 and by tomorrow it’s going to look like this: 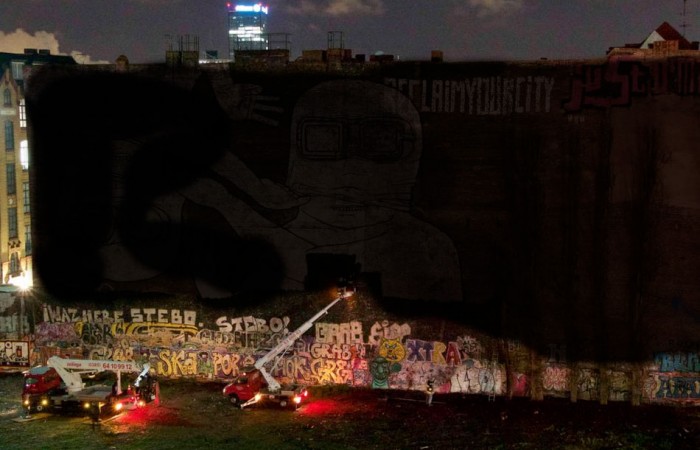 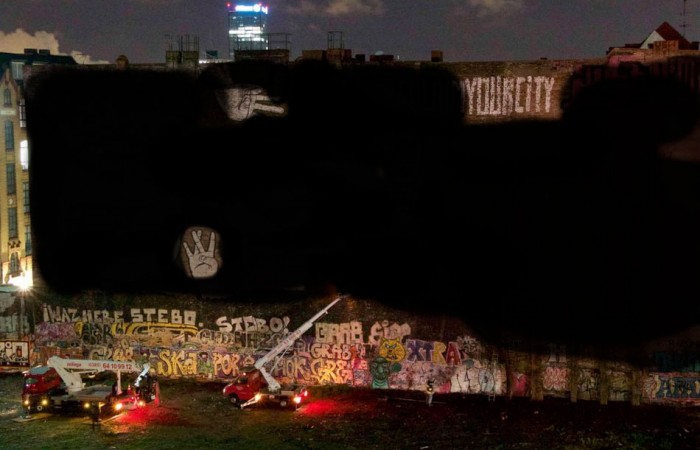 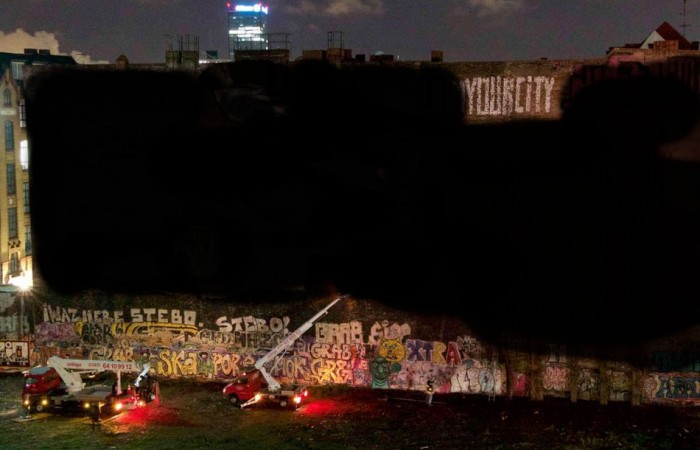 And it is not the city of Berlin doing that, neither it is the real estate developers who want to build a new residential complex at this empty spot.

In fact, it is being done by the people related to BLU — the artist who made this painting.

Sort of a desperate statement: having learned that a new house would be built at that spot with a panning view on the paintings (that would be preserved on the wall), the artists decided to paint them all black, so that nobody can take advantage of the original work… A “fuck you” gesture towards the city, towards the real estate company, but most of all – to all the people who love this artwork and everything that it’s come to represent. And especially – the piece of the empty land next to the painting – one of the few empty spots left on the river Spree. After the painting is gone, there’s nothing left to save it from real estate developers. Only a sad “your city” pitch-black pessimistic statement that admits the loss…

The argument of the people who are doing that is that Berlin is not the same anymore, that the real estate company will just use the artwork to sell apartments more expensive, that a new statement needs to be made at this new moment of time… In a way, they are doing exactly what the artwork says: “reclaim your city”.

But their way of “reclaiming” Berlin is actually accepting their own loss. Accepting that they cannot win the fight. Losing hope. The sailors of the sinking ship decide to take the ship down that is already drowning – even faster – and with a big bang. So that at least, after they sink, they are remembered.

A statement that is full of anguish. Attempting to gain control where it cannot exist anymore. And very symptomatic of street art and contemporary art in general: full of irrelevant ego-driven explosions within the small bubbles that nobody cares about anyway.

A statement that is also full of hypocrisy. The people who are destroying the artwork say that they act with BLU’s consent. They say that he doesn’t want to help real estate companies sell their apartments better. But he does not seem to mind that those same real estate companies inadvertently provide canvases for his own artwork to sell better… 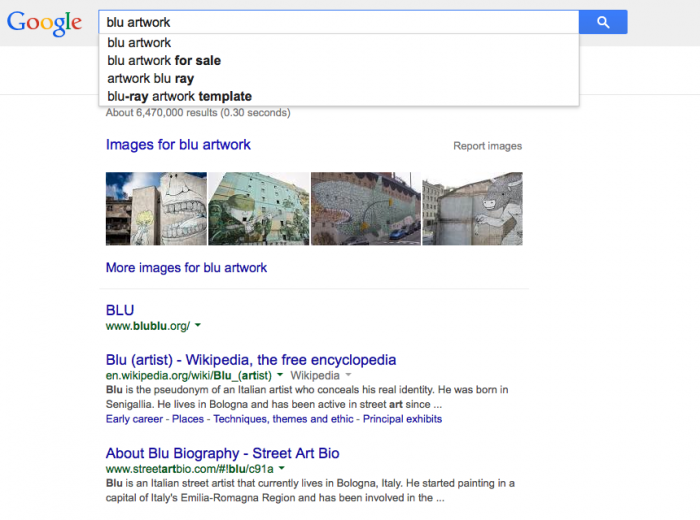 A statement that is completely stupid and pointless, because most people will simply not care. And those few who love this painting and this place will lose the chance to enjoy it and will instead have to face a pitch-black pessimistic statement that’s supposed to be some political gesture but instead suffocates in its own hypocrisy, pointlessness, and despair.

And, most importantly, a statement that deprives Berliners of the last chance to save the beautiful empty piece of land next to the painting. The special status of this artwork and its popularity could help revert the decision to build houses there. However, it’s going to be very easy to cover up the desperate pitch-black “fuck off” gesture and no one will even complain. This work had a chance to use the fact that it has been used and, literally, reclaim the city, at least the little piece of land it was next to. However, they chose to give up on their own work, on their city, and on that little chance they had to actually make the painting do what it (now) used to say…
UPDATE
There has been quite a lively discussion on this page, so I think it’s necessary to express my point of view in a more concise way to avoid misinterpretation:

This action is hypocritical because the street artists who claim that the city’s surfaces are for everyone just cannot get possessive about their work – otherwise, they contradict themselves.

The action is desperate and defeatist because it simply reveals what is going to happen before it actually happens. Like spoiling the end of the movie and thus depriving us of the experience, which would generate a stronger debate with a longer timespan (i.e. the duration of construction) about the empty spaces in Berlin and the commodification of street art. It would make much more sense to lose this art piece to the real estate developers in order to win in the long term.