Online tool that helps create constellations of knowledge. From the book of Cognitive Stimulants April 26, 2014

InfraNodus is a tool for connecting disjointed bits and pieces of information into constellations, which can be used to retain, analyze and share knowledge.

It can be used to improve memory, enhance awareness, keep track of data, sentiment monitoring, interviews, and psychotherapy.

InfraNodus was developed in collaboration with Nodus Labs using polysingularity approach and is based on our algorithm for text network analysis, which is now used by hundreds researchers worldwide to get better insights and different perspectives on textual data.

In order to create an account an invitation is needed, which is available from Nodus Labs.

Some examples of the graphs and research created with InfraNodus can be seen on Nodus Labs’ website. 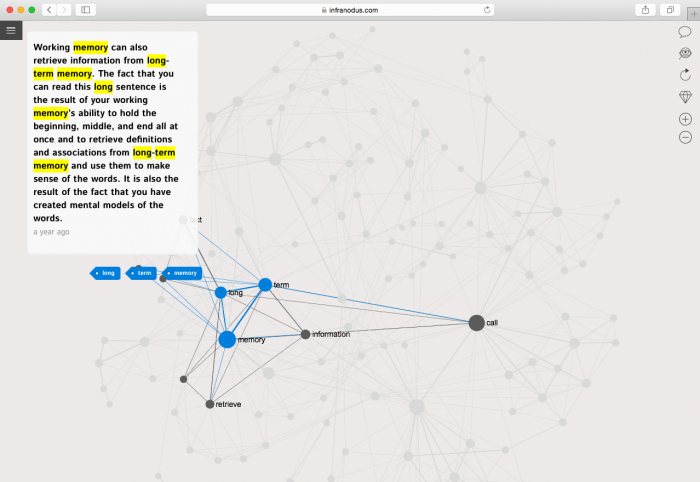