In this world, there is a certain class, which we will call “internet proletariat”.

A median representative of this class spends most of their resources (that is, their time) browsing the internet for opportunities, be it the social networks, art funding bodies, chat messengers or instant aura trading platforms.

They do not own the means of production and their average annual pay stays well beyond the higher tax rate band, normally just barely surviving.

However, their relation to money (and to themselves) is slightly distorted as the payments go in through irregular streams: seemingly little effort can yield high revenues, but that is usually the case if one doesn’t count all the endless hours spent tapping, scrolling, and posting. The sporadic nature of such income gives an illusion of richness, additional bonuses such as dopamine-boosting likes and various other influencer perks make it an interesting occupation for some.

a few things to mention in passing…

Where there is the proletariat,
there is also the bourgeoisie.

The latter own the means of production
– the networks –
so precious to proletariat.

They also derive all the profits,
and not only the visibility and the minimum wage
of proletariat.

It’s ironic that visibility is such a sought=after asset these days – among proletariat, not bourgeoisie – especially in relation to privacy and Mark Zuckerberg’s Adidas slippers.

Speaking of which, it’s also interesting how utmost rationality and efficacy preached by the new internet bourgeoisie (Brin, Page, Zuckerberg and the likes) seeps through the networks to become the prevailing ideology for proletariat. Just like the concept of visibility that replaced privacy because it’s good to do things just for credits, it is also more efficient to work 24 hours a day, to transform one’s life into one’s work. The effects on health are negligible because as soon as the component goes out of order, it’s quickly replaced by the new one, thanks to the wireless delivery mechanisms.

If there is anything else to say about proletariat and bourgeoisie it’s that they create each other, just like any other dichotomy.

Another important question is who actually owns the infrastructure, or whether it can be owned at all. And that depends on the type of infrastructure. 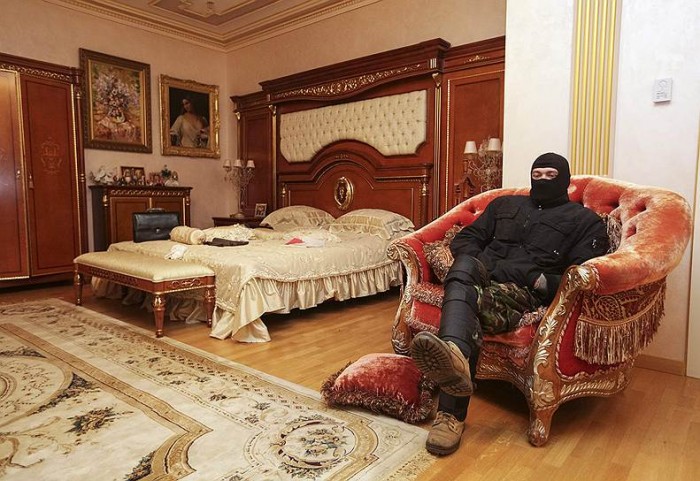