In this world, there is an activity that is called Surfing.

The essence of this activity, as we could decipher from numerous observations and infiltrations, is about finding the right moment across multiple dynamics that are in relation to one another.

Surfing is about observing, waiting, catching the moment, riding the wave, letting it go, finding the next one.

Watching the ripples aligning towards the shore, reflecting the sky, moving fast and slow, together and over each other – all at the same time. 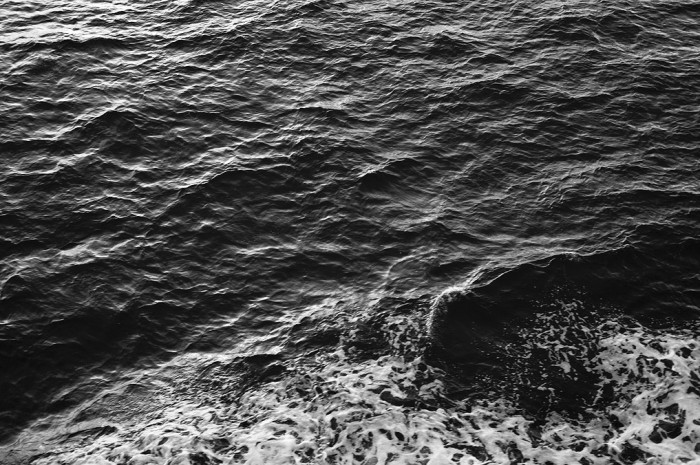 Surfing is about the waves. The wind, the water, the reef, the gravity create the conditions for the waves to emerge. It’s almost like a serendipitous moment: the wave set appears from the ripples and suddenly there is this intense something, an amalgamation of power, wind, water moving towards you. 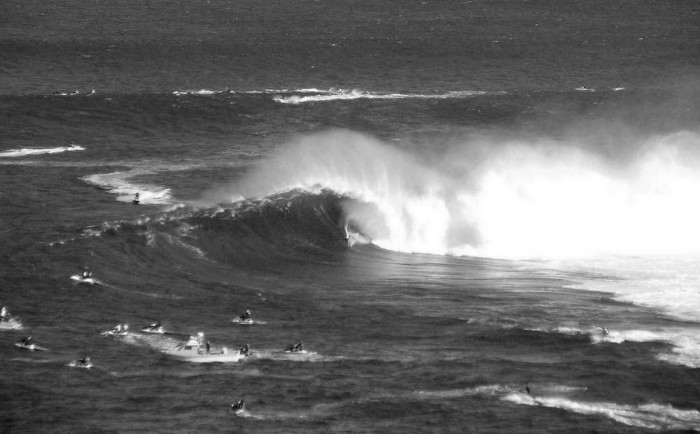 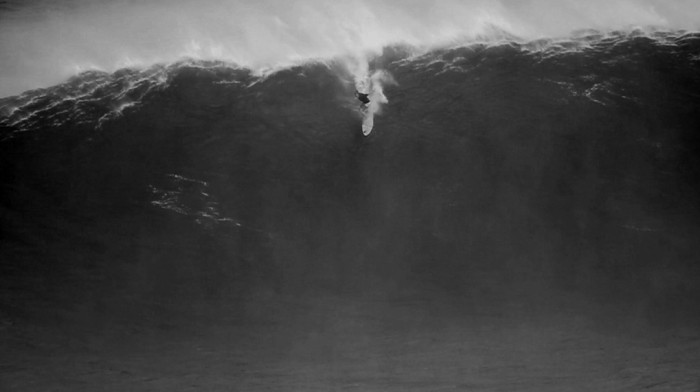 Surfing can also then be a metaphor for anything that happens. Because when something happens it happens to someone also. It then doesn’t matter if you ride the wave or if it washes you out, tumbles you down, or if you escape it. The wave happens anyway and you put yourself in relation to that. Others put themselves in relation to that, too.

This kind of surfing is like a meditation on short moments of intensity alternating with stillness. Perhaps the surfing magazines will tell you that surfing is about riding the wave, or at least most of the pictures tell you that. But there is also the invisible part or a part that’s visible for a shorter time. It has its own beauty. Falling and tumbling down happens quite often. Making mistakes is a part of it. Getting hurt, breaking the board. Everything I say might be wrong, but it doesn’t matter as long as I go with the flow. 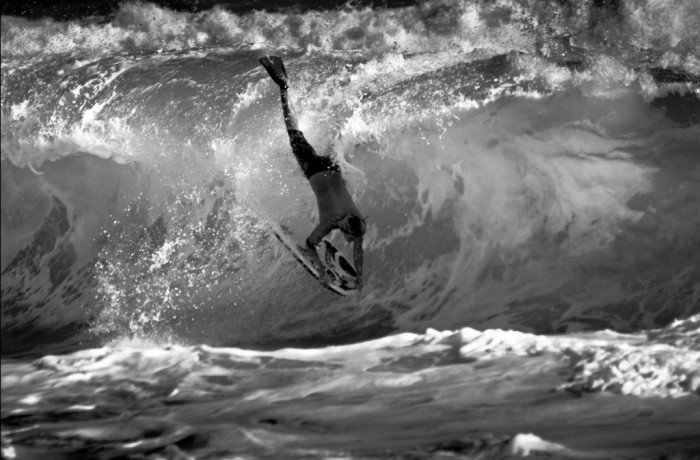 Therefore surfing is about observation and not only riding the wave, but also waiting, resting, floating, diving, getting washed out, and everything else that comes when the stillness is alternating with intensity. Learning to read the circumstances and acting accordingly. Gaining momentum and riding the wave, losing momentum and getting shaken. Arriving somewhere else nevertheless. Always moving, even in stillness. 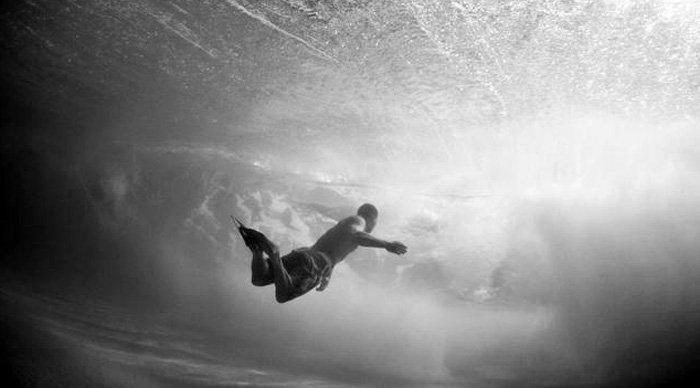 Then also, surfers are like sharks. They are the drifters, they have to constantly move in order to survive. Or, rather, be moved by the waters.

A short detour to International Necronautical Society: “Most species of sharks are divided into two distinct populations: a main breeding population and an excess, or accessory, population. What seems clear is that the excess population is made up of loners, often deformed in some way. They abandon their home waters and live in areas not normally visited by their own species. They never return to the usual shark breeding grounds. And sometimes what they do, at least in coastal waters, is kill people.” 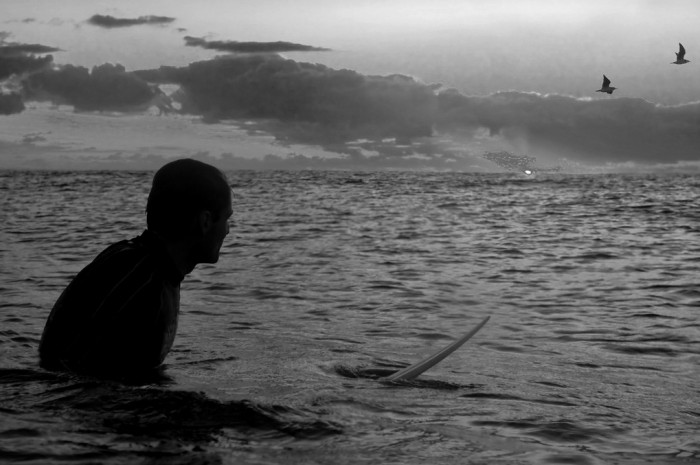 This brings us to the social aspect of surfing. Looking from far, you can see the surfers scattered in water observing the sea, waiting for the wave to come. When it comes, some are going to take it, some are going to get lost, and some others will miss it because they were not at the right spot. So the location is also important. Surfing, then, is not only about timing, but also about the space. Or the position. One’s position in space. And that space is constantly shifting, so is the position. Like a constantly moving network of co-isolated individuals that are waiting to catch their own intensity together. With full respect and care for each other also. 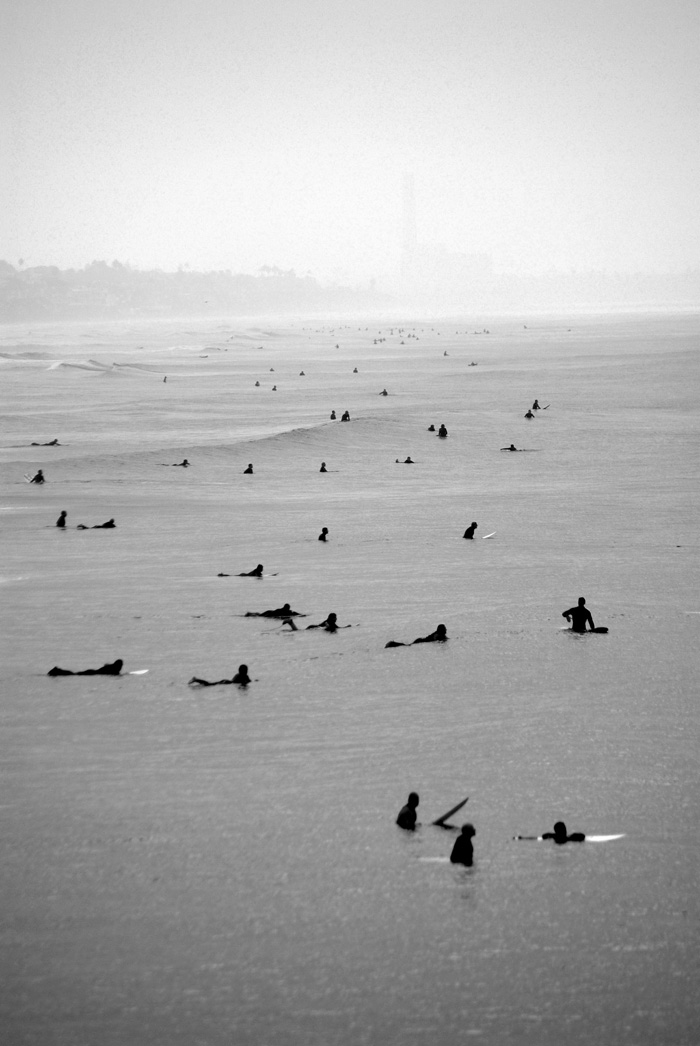 Another thing to note about surfing (as observed by an unidentified subject during a field study) is that it makes that particular subject humble. The subject reported that they were not able to choose when they were going to surf, they reported a particular feeling that “the sea decides”. The subject also reported “you always fall at the end anyway”. “Every time you go surfing you have an encounter with the natural force that’s bigger than you. So the only thing left is to go with the flow, there is no need for any sort of resistance or fighting.”

In our opinion it is important to draw parallels between surfing and foam. To borrow the term from the subject Sloterdijk: “co-isolated multiplicities”. The subject drew parallels between foam and various architectural properties of the subjects’ housing and office environments. Thin film separates one particle from the other, and yet they are all in it together. Similar phenomena can be observed in foam. Subjects never ride the foam. They claim it is not as good as riding the wave. However, they do report that a bit of foam is needed before they can start surfing. We found it a bit confusing, but what’s clear is that foam always happens towards the end or points towards the end. And that’s why it can be subjectively pereceived by subjects as a “good” thing to end with the foam also, or, better, fall down into it because there is no impulse to continue any longer. But there’s definitely lots of other things to do, like swimming out into the sea again, for example.