“An act is sovereign when it realizes itself by simply taking away its own potentiality not to be, letting itself be, giving itself to itself” – Giorgio Agamben

They took away my first country again. Again, because it’s happened many times before.

Sometimes I’ve taken it back. Mainly when I was somewhere at the countryside and almost always when I had my friends or relatives around. Sometimes it came back to me by itself – through the words, images, sounds, and actions committed by the people who were born there, just like me, but who found themselves somewhere else, just like myself.

I am not the only one. Many people have their countries taken away from them on a daily basis. The notorious 1% is shooting those who are not loyal with drones and runs them over with motorcycles, the 100 vampire feudal families are sucking the juices from under the ground, the holy sands are burning while IKEA is building a new shop on top of them, and in the meanwhile Snowden and Navalny are expecting their fate behind the bars.

The present reality that is one’s own becomes somebody else’s.

The question arises: do I need to have a country that’s one’s own?

Often, especially lately, I’ve found new countries that were mine. Sometimes it happened during the evening when I was coming back home. And also when I was enjoying the silence on my own or sitting on the roof and watching the stars in the sky with my friends or with people I didn’t know.

A country is not only a territory. It’s an aggregate of the images and of the events, which are related to the territory, the language, the people, their actions, and the culture, which can be somehow detached from the rest into a single unified multiplicity.

Sovereignty is self-dependence. The sovereignty of a country is when the unified multiplicity depends on itself.

The borders of a territory define the specificity of the culture. Language affects perception and behavior. The people born and raised in Germany will behave and look differently than the people born and raised in Sudan. Often it is the territory that unifies the detached elements, events, and actions into a county. And then it becomes very easy to take that country away. Just take away the territory or territorialize it.

Some of them don’t understand that territory is only a part of a country. They cling on to it as if it were a resource. They try to protect it. Any infringement of what they consider to be theirs leads to a counterstrike. Some of them call it patriotism. They stand for the self-dependence of that territory, which is unified by their wish to use it as a resource. They act as the animals protecting their habitat. Behind them is the biomass poisoned by ideology and weapons of mass destruction. 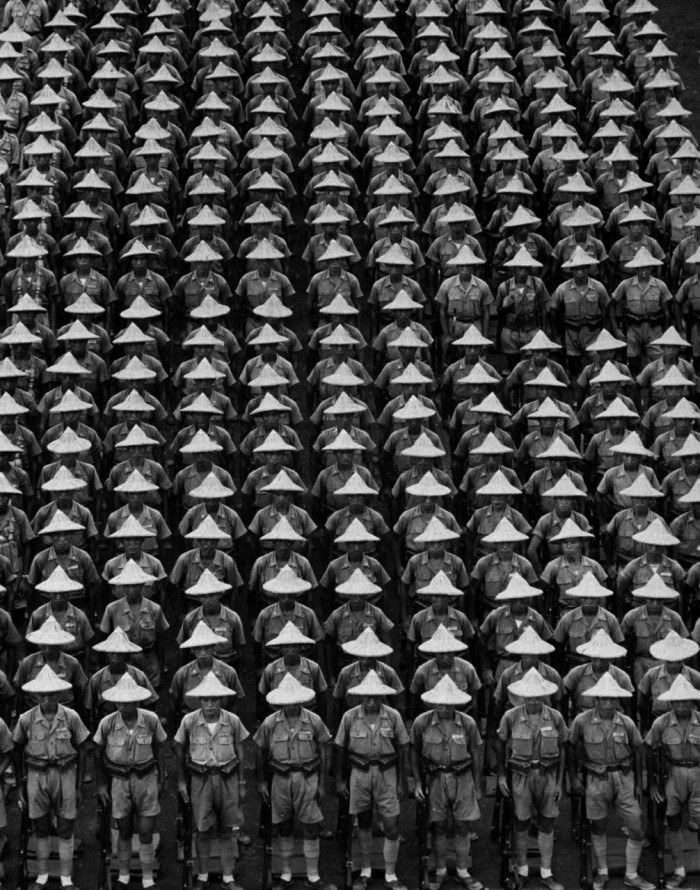 We already found each other.

We are not only the people. “We” are also the images and the shapes that surround me. The rain, the sky, the contours of buildings and trees, the smells, the occasional noises, the sunsets.

Our sovereignty is about finding our own context, producing our own self-dependent unified multiplicity.

Our sovereignty reigns over itself.

Our sovereignty is in a constant state of exception within itself and towards the outside. 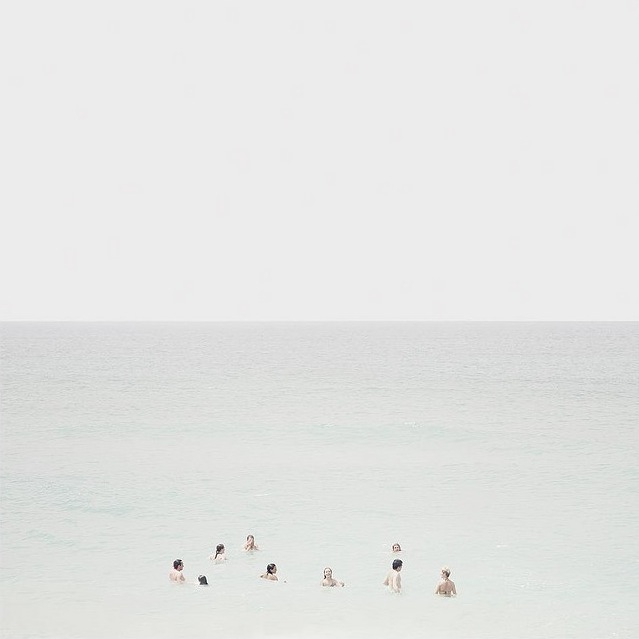 Our sovereignty finds its self-dependence in a specific kind of dynamics that is polysingular.

What are the principles of that sovereignty?

Territory. The territory where I came out was full of inspiration but it did not define me. Every territory can teach something, everybody has had a different lesson. Russia was about the carnal inside, tenderness and aggression, honesty. France was about the specificity of succession and love. India was about not taking yourself too seriously. England was about living together. Germany was about discipline and order, suspense, self-searching and orgasm. They keep on inspiring despite what happens in them. It’s good that they exist and that they are all different from each other.
The principle of polysingular sovereignty is to shift between the territories and to stay at every one of them long enough and even a little longer. Polysingular sovereignty is a mix of wanderlust and tenacity.

People. We find each other neither through common grounds, nor through the territories. Love is irrational. Frienship is also. The flow is passing through all of us. Serendipity brings us together, we stay a little bit longer, look each other into the eyes, remain together.
Many of the different ones mold into the islands. They are constantly changing, shifting, exchanging, living together, separately, leaving, and coming back again. Everyone is unique, there is no single base for unification. There is only the dynamics of life that makes it possible to be together and separately at the same time. Inclusive exclusivity. Integrative segregation. Polysingularity of communication.

Actions. The way we act defines the narrative. The objective is the intention. Something happens and I respond. Nothing happens, I make it happen. Today, when they took my country away, where the present reality is that of somebody else’s, I chose to stay in the present reality that is my own. However, it is important that the reality of somebody else made me define that of my own.

Language. Knowing a language defines a picture of the world. Knowing two languages expands it. Решать is not the same thing as to decide. The former is about weaving the narrative, the latter is about cutting off. To decide in English is to make a choice. To decide in Russian is to act accordingly.

Culture. The intricacies of behavior. We perform that what we’ve learned and unlearned during our history. The substance is morphing, the behavior changes. I thought I would never believe the impossible but now everything is different for a while.

Events. That, which makes me change the direction and transforms the context. The real event is the threat to sovereignity. I am ready to stand for the sovereignity, to defend self-sufficiency of the unification that is the present reality of my own. The events lead to actions. The actions towards the edges of one’s sovereignity make it evolve, morph, and become stronger.

The last thing. And the most important, perhaps.

We do not live in an isolated world. The practice of polysingular sovereignity implies the shifting dynamics of one’s own position, trajectory, thought-vectors, circles, communications, and behavioral strategies. In order to do all that – and also – to live and to survive – an infrastructure is needed.

To blindly use the existing ones is to accept sovereignity of somebody else. To go beyond the country borders into the virtual networks is still the same. Communication channels belong to the corporations. The corporations defend their sovereignty. They differ from the countries in that they care less about the ideology and more about the numbers. It’s also a certain kind of ideology: the binary logic subjected to rational artificial intelligence. The logic directed towards the growth and efficiency (somebody needs to pay the rent ).

To fully refuse is not the option either.

To stand for one’s own sovereignty is to create one’s own infrastructures. Using and merging the already existing ones.

To build the new bridges.

To disassemble the already existing ones.

To misuse the already existing ones.

Infusing arteries with the new substances.

Disfunctionalizing the space, matter and time.

Creating the infrastructures for life support.

Samples from nature: Seasteading (creating sea cities offshore), Vipassana meditation centers (international infrastructure for meditation, donation-based), RosPil (volunteer organization to trace the unlawful and overpriced government tenders with an embedded legal mechanism of their annulation), BitCoin (decentralized international peer-to-peer currency), Tor Network (the alternative anonymous communication network that functions on top of the already existing internet infrastructure), Cyclonopedia (theory disguising itself under layers of fiction), Dau (a film that turned the reality around itself into a film set for several years).

Facebook and Google also used to be examples of the new sovereign structures. However, their expansive totalitarian advance and subordination towards the territories have rendered them status quo.

Contemporary art could also be included if it was not subordinated.

Looking at the present reality from the Flow’s point of view, many things become apparently unimportant. Nevertheless, it’s not often that we find ourselves within the body-mind material, so why not play by its rules?

We will have lots of time for eternal flow and contemplation. However, we only have that much time for this temporary game on this matter’s terms.
So why not try?

Of course, we can cleanse our bodies from dead-born concepts and turn ourselves into mere vessels for infinity. But the surroundings are contagious. Therefore we have to act like a virus, go sideways, apply hypercamouflage, create our own infrastructures based on the already existing ones, integrate that which is segregated and segregate that which is integrated, practice inclusive exclusivity, deterritorialize thought, change direction, morph our strategies and more importantly in ways that we don’t yet expect.

This is also available in: