John McAfee, the founder of the famous anti-virus software company, is a true venture fiction entrepreneur. After leaving his company cashing in $250 Mln in the 90s, he took on the path of adventures. His first venture was a yoga ashram in Colorado where he was busy enjoying the everyday pleasures of life, including his new 19 year old girlfriend. He then invented a sport called aerotrekking, which involved putting on a special suit with engines in the wings, flying low at high speed over the desert. After his nephew and a passenger died in an accident, he moved to Belize and started a cafe and a ferry service there. He then met a Harvard biologist and together they set up a lab in the jungle where they were searching for the new medicine that was supposed to replace antibiotics. They were not able to fulfil their original intention, but they did start marketing a jungle plant extract that they claimed boosted female libido. The company didn’t work and McAfee ended up buying a huge house and getting involved with the local mafia bosses in order to protect himself against a local criminal. His latest venture was “observational yoga”, which offered a special practice of watching other people doing yoga. McAfee claimed that this new enterprise was very successful in Belize.
More about McAfee on Gizmodo. 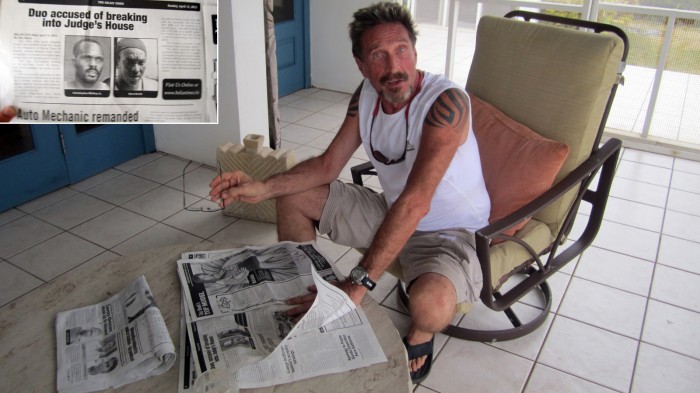