I imagine impossible things about you.

After that we appear in New York.

But no, before that we’re in Berlin.

But even before that there’s a slightly romantic story. I come to this bar in Paris to see a good friend of mine. I say a good friend not because I really know him, but because I know that he is good and he can be a friend. So he is a good friend. We talk. Then his friend comes who is also a good friend. And we talk even more. We speak about the viruses and the forms of lives. You know that life is defined by NASA as something that can reproduce itself and develop? In this case even computer can be a kind of life, because it uses ourselves to reproduce and develop (we need it, so we say yes). Computers are parasites to the humans, we are the parasites to the Earth. What we do best is to produce multiplicities. We bring things together, connect them, transform our environment, create self-reinforced feedback loops, or just move gold from all the places scattered all over the earth, very hard to get, we bring gold to one place, to the bank vaults, where it will be removed by the Invaders in 2121 when our mission is fulfilled. (Your grandfather told me that and then you told me, remember?) They will probably destroy us then, because they will not need us any longer. We were like ants, fulfilling the algorithm, acting according to protocol, moving resources from many places to one, only for them to be abducted later by our creators. Anyway, we’ve had fun, we’ve loved, we’ve played, and we believed, so it’s OK.

Sorry, I got distracted. I wanted to talk about you. When I came to that bar it turned out that it was your birthday. So then I said that you have to find me (for the first time or again – as you wish) and kissed your hand. I like how you laugh, it’s happy. And you have something very special in you that we still have to discover. Together.

Back to Berlin. I’m just coming back from a party and you let me stay in your room. You have a flatmate who is a girl. I try to close her window from the outside and open mine, so I have a bit more of fresh air. Just before I enter the house, there is a “bear” standing outside, very muscular, he gestures me if he could join, but I politely refuse. When I come in I find you’re not there, but there’s your flatmate and she’s talking to her friend, who is a guy. I pass through and walk into her room (the way there is through yours), close her window (she has a balcony door, so it’s fine), come back into the kitchen for a polite exchange. It grows into a friendly conversation. They both seem to like me and it’s a weak spot of mine: I like people who like me. They ask me some questions. We proceed, the guy asks if I’m with the girl and I say, no, I’m with the guy who usually stays in this room, but right now he’s not there, so I’m going to sleep here. Maybe.

We then come out.

You finally appear. You tell me your crazy story, how you reacted to somebody on the train who was talking shit. That guy. One of those crazy people who just walk in and start doing their long tirade to justify their miserable lives. You jumped up after a while and told him to shut the fuck up. That he was a fucking misogynist and that “we don’t care” about his shitty life. (I love how in French you always say “We” even if it’s just you.) I’m so impressed with you, that you’ve done that. You said you were becoming a “fascist of tolerance”. I love that. The Fascist of Tolerance. It’s so much like you to say something like that. But so impossible also. You fear that you react too much, and yes, maybe you do, but that is you. You imagine a lot. Maybe even things that do not exist. But if they do not exist for others, you make them exist anyway, and then you refute them. Like a knight with the wind-mills. I love you for that. Because in your fight there is passion. And I love passion. I think we’re both a bit drunk (strange, because I don’t drink) and I go in one direction and you run in another. We’re both shouting. Fascists of Tolerance. Tolerance needs that. Otherwise some assholes like this guy will take all the space, you said that, and that’s why you refused to hear his bullshit and shouted back at him. We both want to make an impact and we both find strange ways to do that, but always with the real passion. And that is important. I send you my love now and move on to the next one.

The next one is, finally, in New York.

You are already there. But our friend from the first story (which you probably did not really understand, because it was in Russian) – so, our friend from the first story – I really care about her. I hope that she finds a way to deal through the difficulty, because I have a lot of love for her inside. She is very special and as long as she takes it easy, she will go through and become someone else and she loves to transform. That’s why I love her. It’s a talent.

So, finally, New York. Usually it would be impossible, because they will never give me a visa, but today it is possible for a few days only. (You see I also imagine impossible things about myself). We end up at some place. It’s neither yours, nor mine. We need to go to Mexico quickly to get something and then I come back alone. I’m flying. No, first I’m driving a Segway. You know, that stupid machine on two wheels that you have to stand on. I think they are so ridiculous. You know that the guy who invented them died on one of them? People fall so funnily from them. Like you give a bit too much speed at the beginning and the whole fucking thing just turns over and you fall on your face. Ridiculous. But then because there’s always something to learn (we love to learn, me and you, all of us!) I think that it’s OK to drive this stupid thing, at least I can learn not to accelerate too fast and it’s important to learn that, for me, at least. So I go through New York by myself standing on that Segway. I’ve learned enough, now I’m flying. For real. Usually every time I try to fly I focus on the moment of leaving the ground and starting to fly, but this time I fly and feel very confident with it. I’m not flying, I’m fucking gliding. It’s so good. I’m gliding and it’s sunny and I go through that monstrous city and I think, fuck, it is beautiful in its sprawling desire to grow from the inside out. A lot of places I pass seem to have been under construction forever, but they are finished like that. Finished Under Construction. There is nothing more beautiful in architecture than that. I understand you or maybe I understand myself.
We move on.
Somehow you’re always with me. We arrive, the three of us, to some room. You start touching me, your hands gliding all over my body, very fast, very precise, following different routes across the body in sort of angular directions, which makes it into something even more. As if you’re doing a massage and also as if you’re heating my body up. Thoroughly. Beautifully choreographed. It’s so unlike you. Impossible and I am impressed. Literally. With your hands. It feels good and amazing. Then you ask me to try to do the same to you and I do that. You seem to like it, but when I touch you, maybe I think about something else, so you tell me it’s almost too close, but that is not to say I should not do that, it’s just different. (Thank you, or maybe it was me.) Anyway, I continue doing what I’ve learned from you and then we stop. We’re hot. Our cheeks are red. I don’t know what we’ve just done and somebody’s been watching us. Maybe it was you. 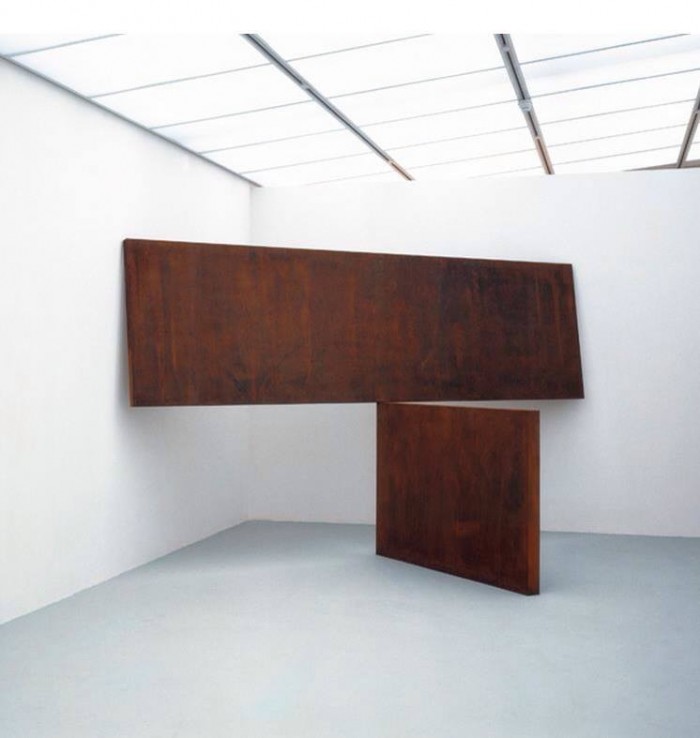